We spent the weekend frolicking around in the snow in Frontenac Provincial Park. We initially planned to stay an extra night up at the cabin, but were running out of fire wood. So we packed up a day earlier and headed back home to Toronto. Given that we had no plans for the day and the weather was lovely, we figured we might as well go for another hike.

We drove to the Rouge National Urban Park, which has become one of our regular places to hike ever since we started the 52 Hike Challenge back in the beginning of the year. It is the largest urban park in North America and features a number of trails that weave their way through forests, meadows and marshes. And it is conveniently located close to home.

We headed out early in the morning so we wouldn’t have to deal with traffic. Turns out Parks Canada was holding a special event for Family Day at the Rouge National Urban Park, so this worked out well as it would likely get busier later in the day. We parked at the Parks Canada Visitor Welcome Area, behind the Rouge Valley Conservation Centre off Zoo Road. We walked about a kilometre or so along the road, which is closed in the winter, to get to the trailhead for the Cedar Trail and the Beare Wetlands Loop (4.5km roundtrip).

The first part of the hike is relatively flat and weaves through the Beare Wetlands.

The path branches off into the forest to the Cedar Trail We followed the one-way path through the forest, down a number of slippery steps to the Little Rouge River and onward. It was a little dicey going down the icy steps and relied heavily on the railing for extra support. 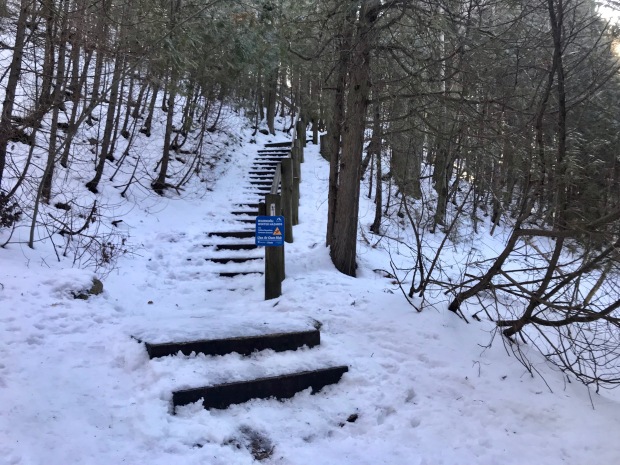 We turned around at the end of the trail once it intersects with Meadowvale Road and hiked back to the Beare Wetlands Loop. We hiked the remainder of the loop back to the trailhead. 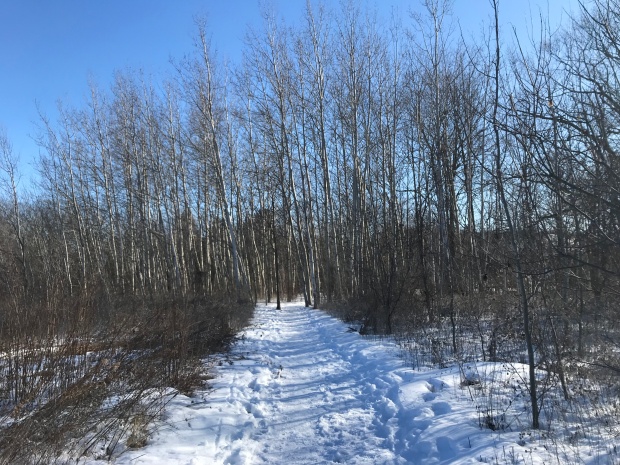 By the time we returned to the parking lot, it was starting to get busy from all the Family Day festivities. We took this as a sign that it was now time for us to leave.

My progress on the 52 Hike Challenge can be found here

6 thoughts on “Hike #9: Cedar Trail and the Beare Wetlands Loop”