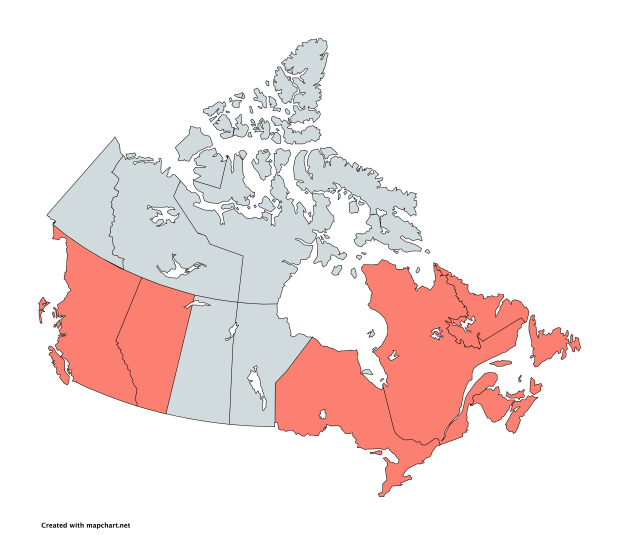 With sweeping vistas of the Rocky Mountains in its backyard and commanding views of turquoise lakes fed by nearby glaciers, Alberta is what the Canadian great outdoors is all about. With a plethora of national parks scattered around the southwestern part of the province  there are endless hiking opportunities and great chances of seeing wildlife in their natural habitat.

British Columbia is the westernmost province in Canada. It is characterized by its stunning scenery. There’s the ocean, snow-capped mountains, islands, rainforests, and tall towering trees. It really is the perfect place for enjoying the great outdoors, assuming you can tolerate some rain. It isn’t referred to as the wet coast for nothing.

Even though Newfoundland is a part of Canada, with its charming and friendly culture and a more relaxed pace of life, you can’t help but feel like you are in an entirely different country. They even have their own time zone (an hour and a half ahead of Eastern Standard Time). Sure, the weather is predictably unpredictable and there are wind warnings on the regular, but the scenery out on The Rock is hauntingly breathtaking.

New Brunswick is one of the three Maritime provinces located along the east coast of Canada. It contains many natural wonders, including interesting rock formations, sea caves and the Bay of Fundy, which has the highest tides in the world. There are two national parks to enjoy the dramatic coastline and stunning scenery.

Cape Breton Highlands National Park was the first national park created in Atlantic Canada. It’s situated on Cape Breton Island in Nova Scotia where the mountains meet the sea. It is famous for its dramatic coastline and ocean scenery. The Cabot Trail, a scenic highway that is 298km in length, weaves through the park and offers spectacular viewpoints and access to a variety of hiking trails. 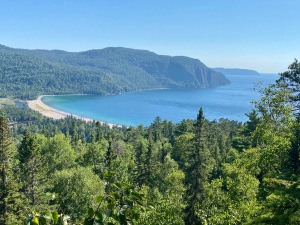 Ontario is home to thousands of lakes, rivers, and ponds that collectively contain about one third of all the freshwater on the planet. And with over 300 provincial parks scattered around the province there are countless adventures waiting to be had near and around these pristine waters in the great Canadian outdoors. And lucky for us it has been our home for the majority of our lives.

Prince Edward Island is one of the three Maritime provinces located in eastern Canada. It features several lighthouses, sandy beaches and rugged cliffs. It also contains Prince Edward Island National Park, which is divided into three regions along the northern shore of the island. It offers camping and several outdoor activities to enjoy the sandy shores, sand dunes and salty ocean.

With its European style feel and traditional style poutine we were excited to brush up on our français and travel to the largest French speaking province in all of Canada. We visited for four days at the end of November. Sure, the temperature was a little on the chilly side. But the light layer of snow coupled with all the holiday decorations and lights transformed Montreal and Quebec into a magical winter wonderland.