They don’t call it the city that never sleeps for nothing. With over 8.5 million people, New York City is bursting with culture, class, coolness, and crowds. It has been referred to as many names and nicknames over the years: New Amsterdam, the Big Apple, the Melting Pot, Gotham, NYC, but one thing remains: it is still the land of opportunity. And opportunity to sightsee.

The timing of this trip couldn’t have worked out any better. K was already down in up-state New York earlier in the week for a conference. And with my birthday coming up over the weekend, I decided to hop on a plane, meet up with K, and together spend four days exploring New York City.

I landed at Newark International Airport shortly after 3p.m, took the AirTrain shuttle to the Rail Link station and met up with K (he was returning his rental car from the conference). Together we jumped on a train to Penn Station. Since the HighLine – an elevated railway that has since been converted into a public park, was only a few blocks from the train station (and given that we didn’t have much in terms of luggage), we decided to check it out. The park spans across 2.3km and has various access points in the event you can’t/don’t want to hike its entire length. We started at the north entrance on 10th avenue and west 29th street and walked along the entire stretch. 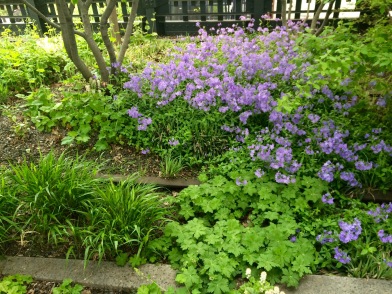 Afterwards we walked around Chelsea and stopped at Westville Chelsea for a quick bite to eat. We then continued walking east towards the Empire State Building. We forked over $32 each for tickets to the 86th floor observatory. Kinda steep. At least we were rewarded with a nice panoramic view of the city from up above. 1,050ft (320m) up above to be exact. We were also fortunate enough to have visited the Empire State Building just before dusk so we were rewarded with a view of the city by day and by night.

Afterwards we headed over to the metro to get to our accommodations in Williamsburg, Brooklyn. Since we were planning on taking the metro regularly during our visit New York, we opted to purchase a SmartCard. The card cost $10, but it comes pre-loaded with $9.99. You also save $0.25 on each ride by using your SmartCard. We purchased our card through a vending machine, which are located at all of the stations. The vending machines can also be used to top up your card. Since each ride costs $2.75, we could estimate the exact money we needed to put on our cards. Well technically, we had $0.04 left on our cards because we were unable to add any pennies to it.

With 823 acres of green space, Central Park is the largest (and most visited) park in all of Manhattan. We got off the metro at 86 St and walked through the central part of Central Park. Shakespeare Garden was particularly scenic this time of year with all the flowers in bloom.

From there we headed over to Belvedere Castle and climbed the stairwell to the viewing platform that overlooks Turtle Pond.

We continued to meander around mid Central Park and eventually veered towards the American Museum of Natural History.

The American Museum of Natural History is one of the largest museums in the world. It contains four floors of exhibits including halls that showcase Earth and space, fossils, animals, the environment, and humans and culture. There were a few temporary special exhibits, but required additional entrance fees. We did opt to pay an additional $5 in to watch the 3D film National Parks Adventure. The film follows a famous rock climber, his son, and a family friend around while they tour America’s great outdoors. It was great to reminisce about our previous trips to the US, but even greater to see the wonders of the wilderness we have yet to explore. 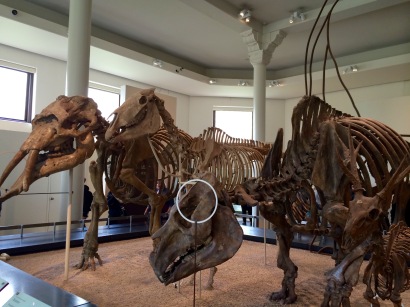 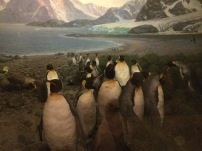 Afterwards we headed back over to Central Park to eat our lunch that we picked up from a nearby food truck. We then continued our exploration around the park. The park was noticeably busier around the southern part around the Bethesda Terrace and Fountain. Probably because it is such a central feature in the park and is likely quite recognizable given that it has been a popular filming spot for a number of films and tv shows. 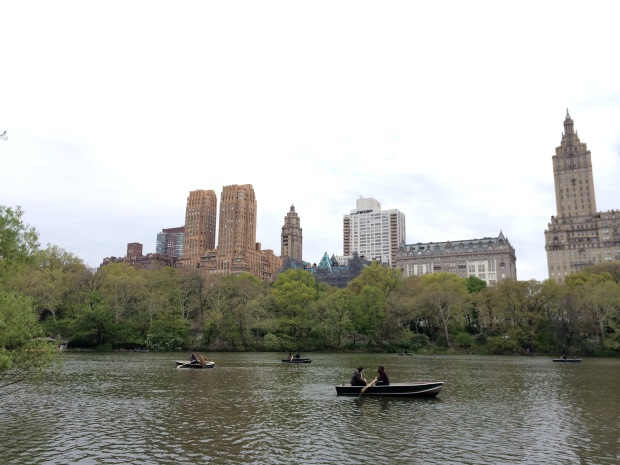 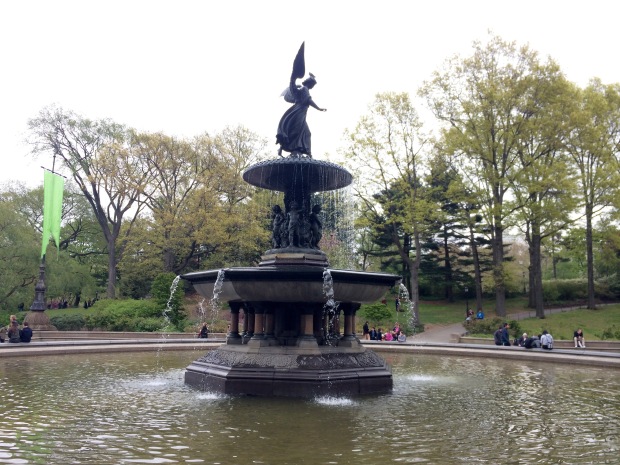 We also made a brief detour to Ladurée, a French bakery that makes THE BEST macarons. And by the way, it took us two days to eat all them macarons. That’s just how we roll.

When we finished our exploration of Central Park we walked over to Times Square. This place is intense! So many people. So much traffic. So many bright lights and shiny signs. This is the centre of (the universe of) broadway, theatre, and entertainment. We checked out the TKTS booth which sells same-day discounted theatre tickets. Even with the discount, ticket prices were still pretty steep. Instead we opted to continue wandering around the city. Away from the busyness of Times Square though. 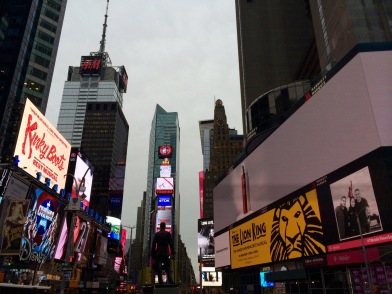 This morning we took the metro into Lower Manhattan. We first took a short detour to Trinity Church, which seemed rather fitting since we just finished watching National Treasure the week before. 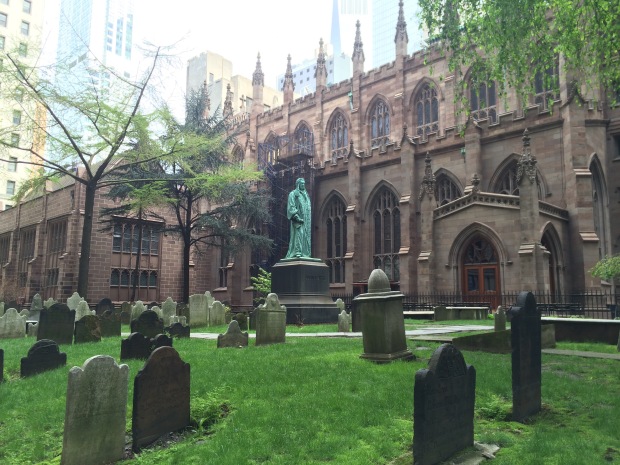 We then walked around the block to the National September 11 Memorial & Museum which were built to commemorate the 9/11 attacks. The memorial pools are located in the exact spot where the Twin Towers once stood and are actually the largest manmade waterfalls in North America. 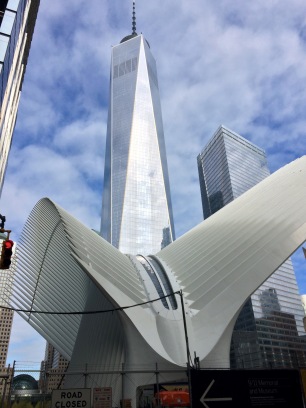 From there we walked towards the Brooklyn Bridge. This iconic bridge that connects Brooklyn to Manhattan is over 130 year old spans 1.6km in distance. The path for pedestrians is divided in two lanes: one lane for the bikers and the other lane for the walkers. Make sure to keep to your respective path. Those bikers are serious! 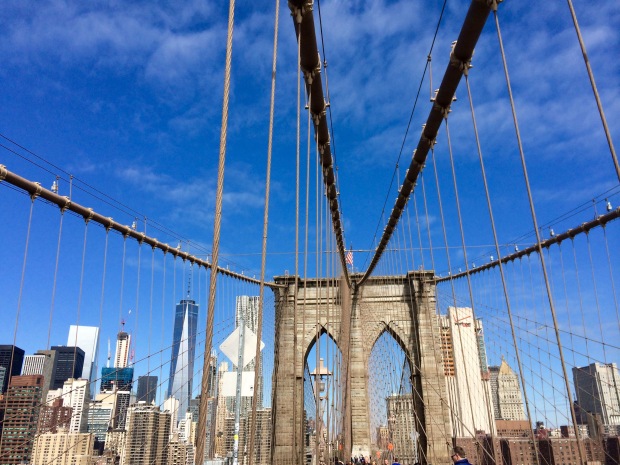 When we arrived in Brooklyn we walked down to the Brooklyn Bridge Park which offered a great view of the Manhattan shoreline. You could also (faintly) see the Statue of Liberty from here.

From here we walked through Chinatown to get to Little Italy. We stopped off at Champion’s Pizza for some famous New York style pizza. After refuelling we continued walking west through SoHo and Greenwich Village and eventually ended up in Washington Square Park, which is apparently the place to hang out on a warm Saturday afternoon.

Continuing onwards, we took the metro to the Frick Collection. This museum showcases the furniture and art of Henry Frick, a wealthy American industrialist in the early 1900s who resided in this mansion until his death. Frick stipulated in his will that his mansion and extensive art collection be converted into a museum (following the death of his wife of course). This dude’s art collection is for real – it includes paintings from Renior, Turner, Vermeer, Rembrandt, and Constable to name a few. 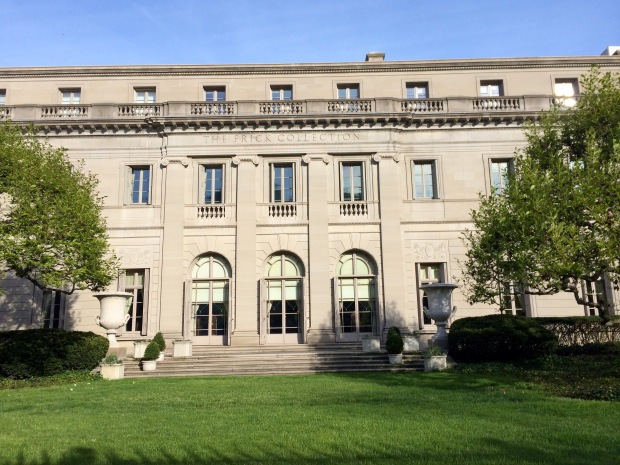 Today was an ideal day to visit the MET with it being all rainy outside. But that wasn’t the only reason that the MET was crawling with people today. Parts of the museum were closed off and staff were getting ready for this year’s exclusive MET Gala for tomorrow evening.

We arrived at the MET around opening hours (10.am) and stayed until closing (5:30p.m). And that wasn’t even enough time to go through half the museum! The MET is unreal. It has it all: paintings, sculptures, pottery, furniture, mummy tombs, medieval weaponry and armour. You name it, they got it. 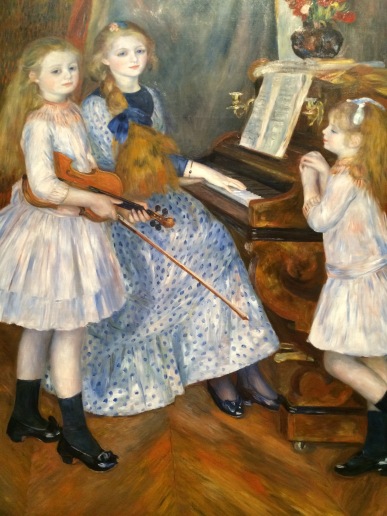 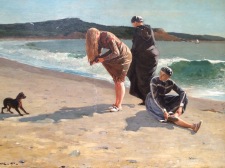 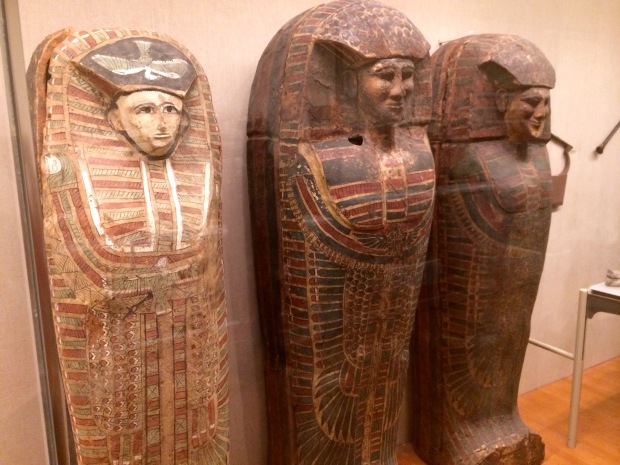 After leaving the MET we grabbed a quick bite to eat before heading down to the Comedy Cellar. We made reservations in advance which turned out to be a good call given how busy the place was when we arrived. We didn’t want to show up too early though and get stuck in the line of fire up in the front row. The Comedy Cellar was a prefect way to spend our last evening in New York – with lots of smiles and laughter.

5 thoughts on “New York City (in the Spring)”