Washington D.C. is the capital of the United States. It is home to the entire federal government, including the Congress, the Supreme Court and the President. There are numerous museums and national monuments scattered along the city that highlight the history and important people that helped shape this country into what we see today. Many of these museums and monuments are clustered in an area known as the National Mall – a 2 mile strip that extends from the State Capital building to the Lincoln Memorial. And it’s all free.

We were fortunate enough to visit Washington, D.C. during the end of its annual National Cherry Blossom Festival. It’s often difficult to forecast when the cherry blossoms will start to bloom and when they’ll reach their peak bloom, but on average they start to blossom around the last week of March through the first week of April. The cherry blossoms reached their full blossom the previous weekend. And while they typically only last for about two weeks, we were hoping that there would still be some remnant blossoms with less crowds.

We flew into Dulles International Airport late last night. After spending an hour and a half in line for customs we headed over to the metro (or rather took the Silver Line Express bus to get to the metro) to find our accommodations. We found a place on AirBnB in Silver Spring Maryland – only a 25 minute ride on the Red Line to the downtown core. A bit out of the way, but super affordable. And clean and quiet.

The metro system is extensive and fairly easy to navigate. It operates similar to the subway system in London in that fares are based on whether you are riding the metro during peak versus non-peak hours. It was more efficient for us to buy a SmarTrip card rather than single fare tickets since we planned on taking the metro into DC every day. We purchased our card from a  vending machine that are located at every metro station. The card costs $2 (well, you pay $10, but it comes pre-loaded with $8). You can easily add more money to your card through these vending machines. You then tap on and tap off. You can even strategically plan it so that you end up with no extra money on your SmarTrip card by taking advantage of the ExitFare vending machines near the exit gates to just top off the final amount that you need to take the metro one last time.

We woke up bright and early this morning to get to the National Archives Museum prior to opening. While reservations are not required, you can purchase advance tickets (for $1.50) to bypass the line outside. As soon as we passed through security we made a beeline towards the Rotunda, which displays the Charters of Freedom – the Declaration of Independence, the Constitution, and the Bill of Rights.

Afterwards we headed back down to the lower level to view the Magna Carta, the Great Charter. There are only four surviving copies of the original Magna Carta that were signed in 1215. And we have now seen two of them – the first (and best preserved) at Salisbury Cathedral when we visited the United Kingdom back in January of 2014.

When we finished going through the National Archives we walked along the National Mall towards the Memorials. The memorials are quite spread out and require a lot of walking. But it’s a good way to thin out the crowds. 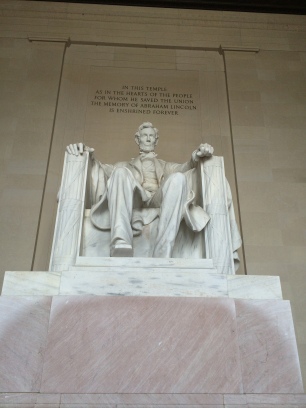 The walk along the Tidal Basin was especially stunning with all the cherry blossoms. The first cherry blossoms were planted here back in March 1912 as a gift from the Japanese to strength the growing friendship between these two nations.

Afterwards we wandered into Chinatown to find a place to have dinner. 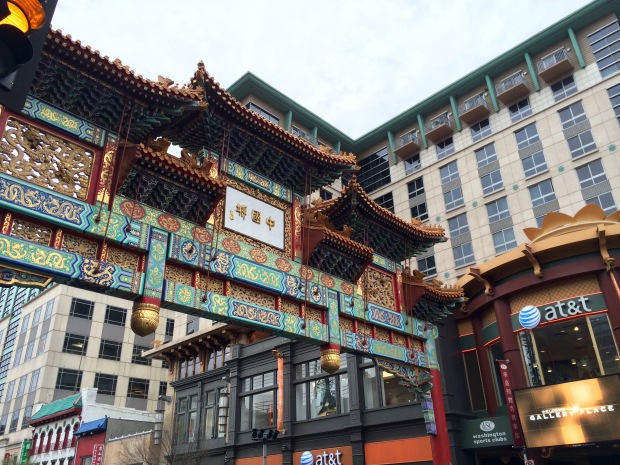 We picked up where we left off yesterday at the National Air and Space Museum. Despite the museum having extended hours due to the Cherry Blossom Festival, we simply didn’t have enough time to finish going through all the exhibits. 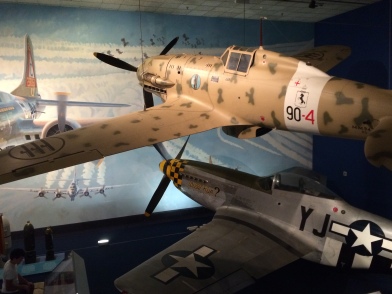 Afterwards we walked through the National Gallery of Art Sculpture Garden to get to the National Museum of Natural History. The main fountain wasn’t in operation yet, but we still managed to enjoy ourselves as we walked around the neat sculptures in the garden. 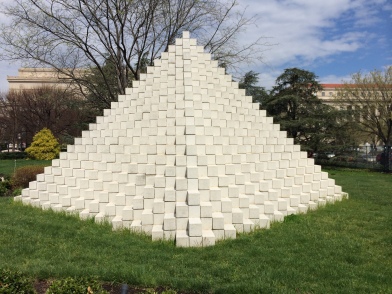 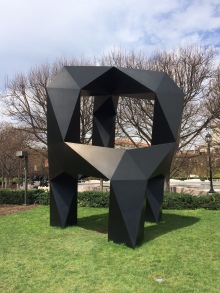 The National Museum of Natural History is part of Smithsonian Institution. With a wide variety of exhibits covering fossils, bones, minerals, gems, plants and aniamls and oceans, it is one of the most visited museums in the United States.

We then wandered over to the National Gallery of Art. We made a brief detour at its outside courtyard area to eat a snack before entering the gallery. We managed to go through half the museum’s collection prior to closing. 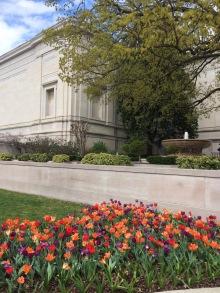 For the remainder of the late afternoon we explored more of downtown DC. We walked by the White House. Unfortunately we could not get tickets to go on an actual tour of the White House as the Canadian Embassy  is not processing any requests at this time.

We also walked through Lafayette Square and Franklin Square on our way for drinks at Le Diplomate with some friends that we met while scuba diving in Saint Martin.

We tried to get tickets for the Washington Monument, but were unsuccessful. Maybe we should have paid the $1.50 for advance tickets online. Either way, there were still other museums and places around DC that we had yet to explore. We instead walked around the corner to the National Museum of American History.

Some of our favourite highlights included the America on the Move and On the Water exhibits; the star-spangled banner that was inspiration for the United States’ national anthem; and the Gunboat Philadelphia. Dorothy’s ruby slippers from the Wizard of Oz were also on display here as well.

We then returned to the National Gallery of Art to pick up where we left yesterday. 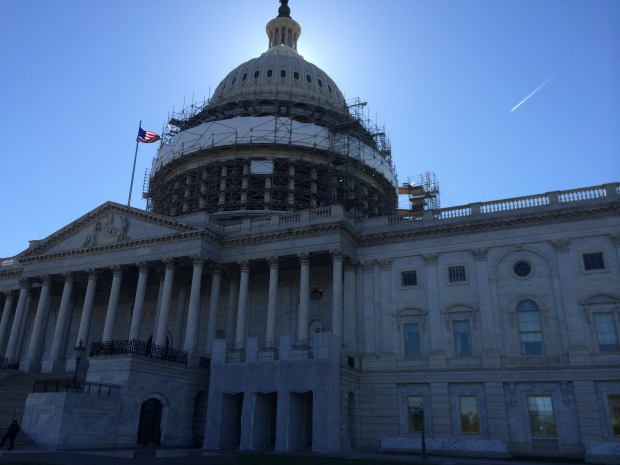 We then headed back to Dulles airport for our return flight home. We were fortunate enough to have seen the tail end of the annual cherry blossoms in bloom. While we enjoyed many of the free attractions, were so many (too many) tourists. But three days was not enough time to explore the city. We wish we could have squeezed in a visit to the Library of Congress, Arlington Cemetery, and Georgetown. I guess this just means we’ll have to stop by for another visit.