New Hampshire is home to a network of over 150 mountains where the majority of which have an elevation greater than 3,000 ft. The White Mountains range alone covers around a quarter of New Hampshire where many of these high peaks are located. And while there are plenty of opportunities for alpine (downhill) skiing, this area is also home to some of the best cross-country ski trails in all of New England. 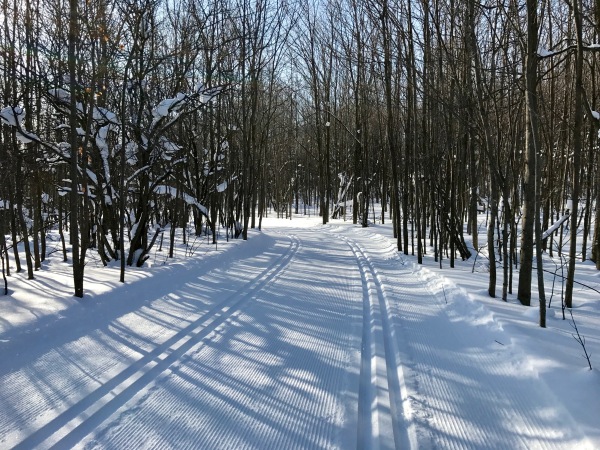 Blue Mountain is the largest “mountain” in southern Ontario and is situated along the highest part of the Niagara Escarpment. Due to its sheer size and placement along Ontario’s snowbelt region, every winter thousands of people flock up to Blue Mountain to alpine ski. But there are a few options in the area for cross-country skiing. 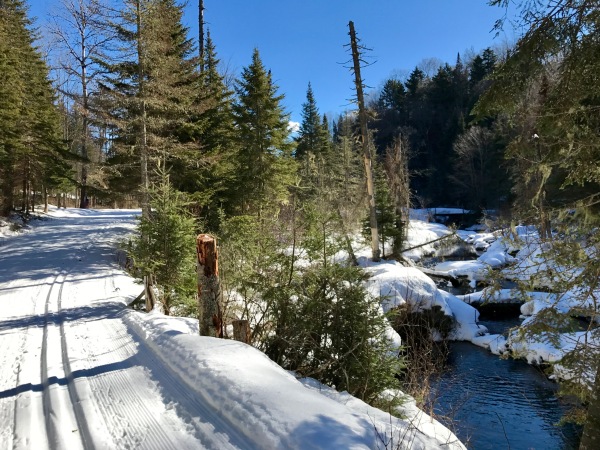 The first thing that may come to mind when you hear the word Adirondack might be Adirondack chairs – or as we Canadians like to call them – Muskoka chairs. Located in upstate New York, Adirondack Park spans over 6 million acres and is considered to be the largest park in the Lower 48. It was here in the thick of nature that inspired some dude to design and create the perfect cottage lounging Adirondack chairs. 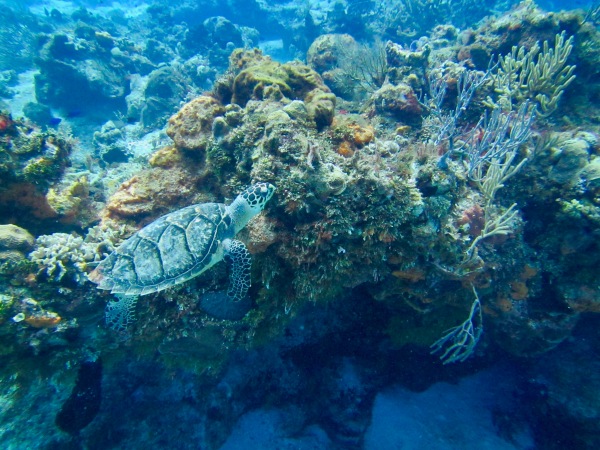 Mexico is one of the most visited countries in the world. With its warm climate, sandy beaches, mystical Mayan ruins and authentic Mexican cuisine, millions of tourists flock here each year to escape the coldest months of winter. While places like Cancun, Tulum, and Playa del Carmen are geared towards families and couples looking to relax along the beachfront in the safety of an all-inclusive resort, the small island of Cozumel boasts of being the safest part of Mexico and caters heavily towards divers. 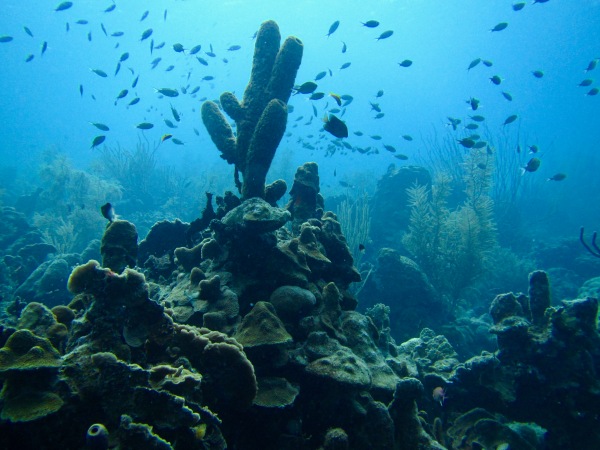 Bonaire is famous for being the best place in the world for shore diving. And it boasts of being home to one of the healthiest coral reefs in the Caribbean. Its reef encircles all 294 square kilometres of this tiny island making many of the dive sites easily accessible right from shore. There are 86 official dive sites, most of which are clustered around the western part of the island that is often sheltered from strong winds and rough currents. There’s a reason why this tiny island is often referred to as a diver’s paradise.

Rhode Island may be the smallest state in the United States, but it sure has a big history for being a luxurious summer retreat for the rich and powerful during the height of the Gilded Age. Many of these elaborate Newport mansions, complete with their original furnishings and decoration, have been preserved and are open to the public to catch a glimpse into the lifestyles of the rich and the famous from over a hundred years ago.

The weather forecast for this weekend was less than ideal with cooler than average temperatures and rain (lots of rain). Today was supposed to be the worst with 20 mm of rain and a severe thunderstorm warning on the horizon for later this afternoon and evening. So we were anxious to get out onto the water and find a decent campsite on Mink Lake before the storm rolled in.

Located along the sandy coast of Lake Huron, Pinery Provincial Park has been my family’s regular camping destination for nearly a decade. In the Dunes section of course. After a couple of years of camping here we narrowed down the perfect campsite given our party size and (party) noise levels. After a three year hiatus (we decided to try out a couple of new provincial parks) we decided to return. For an entire week.

Connecticut, often referred to as the Constitution State or Nutmeg State, is the southernmost state in the New England area of the United States. It is the richest state per capita in terms of income and is also rich in historic culture. We visited Connecticut for two days over the Labour Day weekend to enjoy the final days of summer outdoors 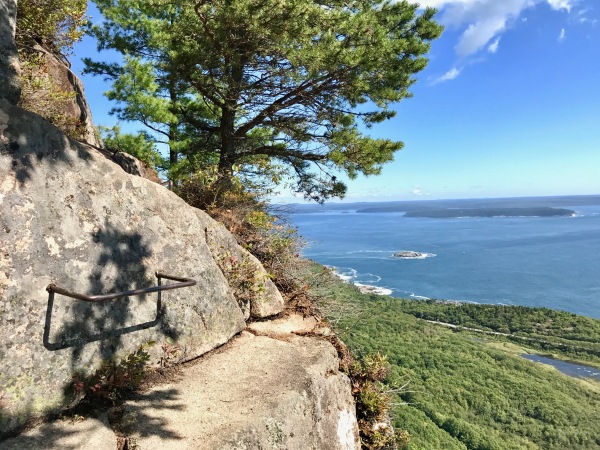 Located on Mount Desert Island along the Atlantic Ocean in Maine, Acadia National Park is the first and only national park east of the Mississippi River. It encompasses all of the beauty, charm, and ruggedness of New England’s wilderness. Many of the trails weave their way up, down, and around mountains, through lush forests and along a granite coastline that has been (and continues to be) ravaged by the never-ending lapping of waves by the ocean. 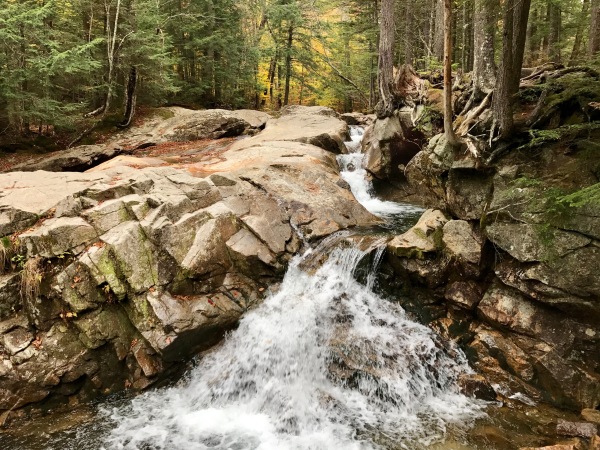 The White Mountains is one of the best places in New England to enjoy the great outdoors. Especially in the fall when the leaves are changing colour. This mountain range encompasses about a quarter of the state of New Hampshire and a portion of western Maine. Every fall thousands of tourists flock here to experience some of the best fall foliage New England has to offer.

The Shenandoah Valley stretches across 200 miles between the Blue Ridge Mountains in the east and the Ridge-and-Valley Appalachians in the west. The Shenandoah National Park encompasses around half of that stretch from Front Royal in the north to Rockfish Gap in the south. The Skyline Drive, the main road that winds and twists through the park, offers sweeping views of rolling hills from the neighbouring mountain ranges in either direction. 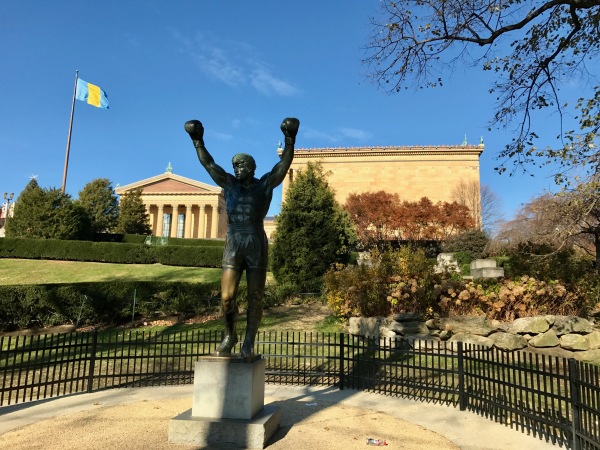