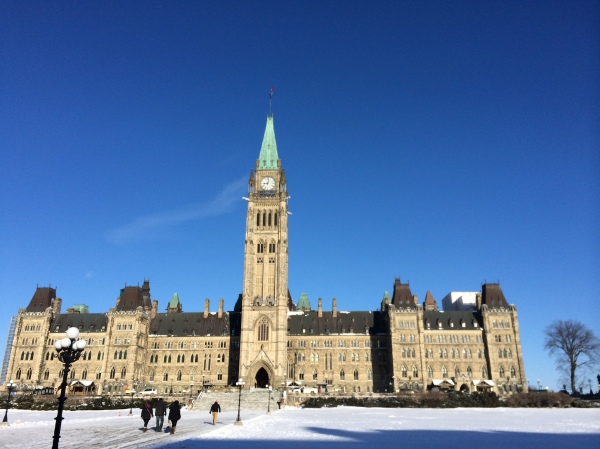 As the capital of Canada, Ottawa hosts a number of large festivals and events throughout the year. The most famous of which is its annual Winterlude Festival. Over the course of three weeks (usually in February) the city is enchanted with all things snow and ice to celebrate winter. Its main attraction is its Rideau Canal Skateway. When completely frozen it spans 7.8km in length and forms the largest skating rink in the world. 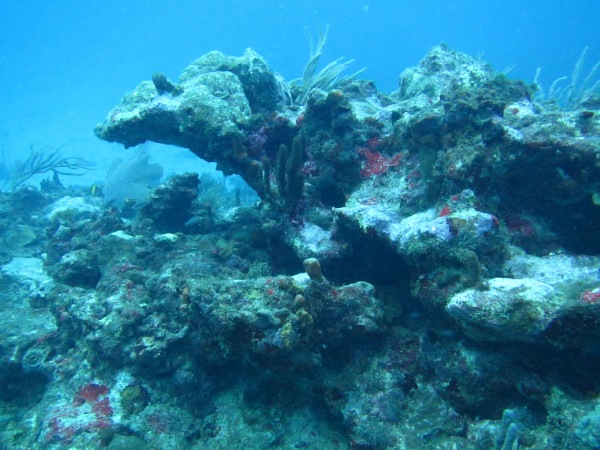 Saint Martin is an island of two countries. The northern part of the island is French and the southern part is Dutch. You can move seamlessly between the two countries and both sides accept the same currency (American dollars). We opted to stay on the French side  along Orient Beach as it is reputed to be quieter and is farther away from the cruise port at Philipsburg. We stayed at Hotel Mont Vernon, which (contrary to its name) is not actually a hotel. Well, it used to be a hotel. But all the units are now privately owned. We rented a nice studio apartment that overlooks the ocean that we found on AirBnB. It was here on this small island of two countries where we breathed underwater for the first time and became PADI Open Water certified. 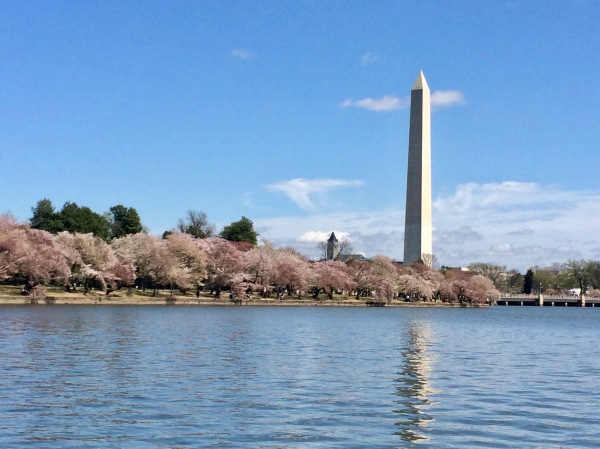 Washington D.C. is the capital of the United States. It is home to the entire federal government, including the Congress, the Supreme Court and the President. There are numerous museums and national monuments scattered along the city that highlight the history and important people that helped shape this country into what we see today. Many of these museums and monuments are clustered in an area known as the National Mall – a 2 mile strip that extends from the State Capital building to the Lincoln Memorial. And it’s all free. 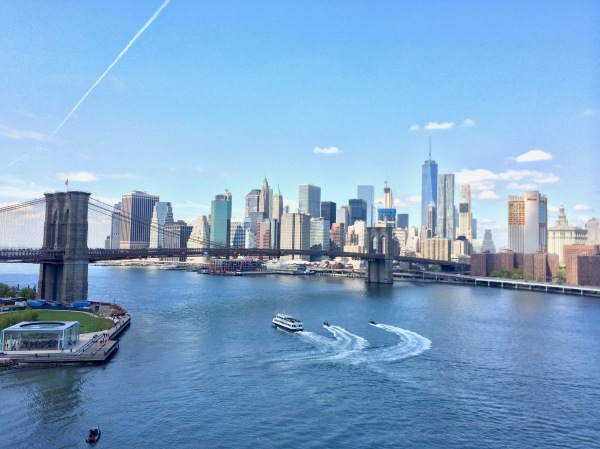 They don’t call it the city that never sleeps for nothing. With over 8.5 million people, New York City is bursting with culture, class, coolness, and crowds. It has been referred to as many names and nicknames over the years: New Amsterdam, the Big Apple, the Melting Pot, Gotham, NYC, but one thing remains: it is still the land of opportunity. And opportunity to sightsee. 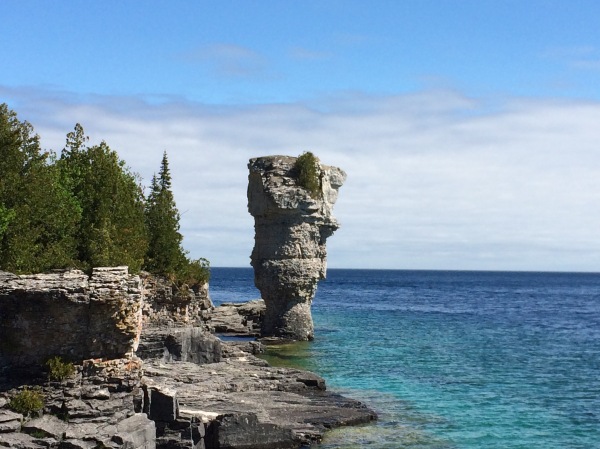 The Bruce Peninsula is a ruggedly scenic peninsula in Ontario that is bordered between Lake Huron and Georgian Bay. The Bruce Peninsula National Park is nestled along the northern part of this peninsula. And a large section of the Bruce Trail (an 885km trail that runs along the Niagara Escarpment from Niagara to Tobermory) that cuts through this national park offers phenomenal views of jagged cliffs, rugged rock formations, and overlooks the crystal clear turquoise waters of Georgian Bay. 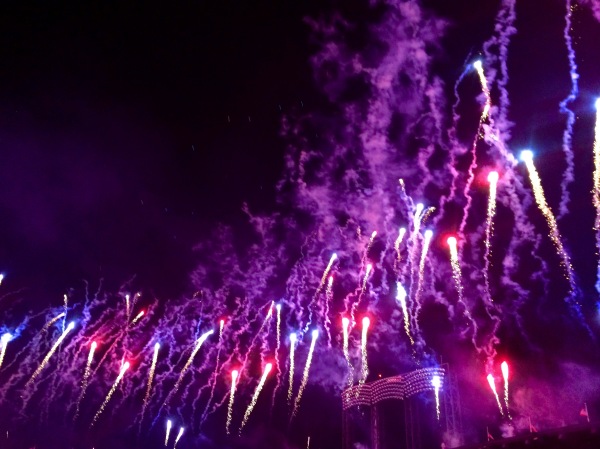 K has temporarily been living in New York City for the past month or so for school. So, for the Canada Day long weekend, I flew down to visit him. And since Canada Day landed on a Friday and the 4th of July on a Monday, we’re talking about an extra long weekend, folks! And spoiler alert: Americans take their fireworks very seriously. 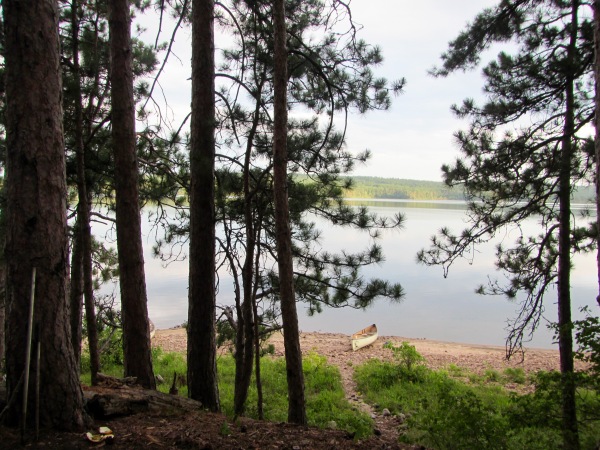 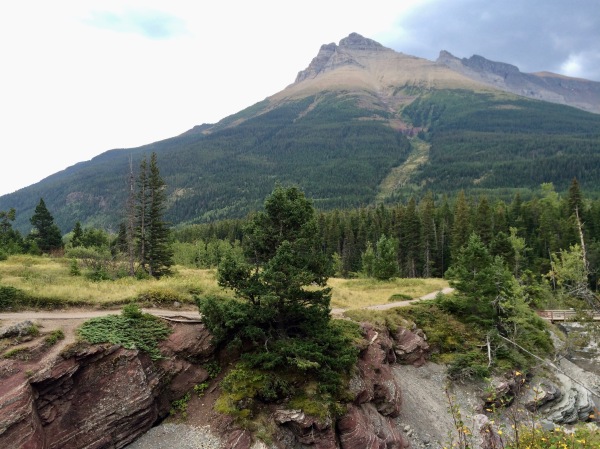 Situated in southwestern Alberta, Waterton Lakes National Park is where the prairies meet the mountains. It is nestled right on the border just north of Montana’s Glacier National Park. Together, these two parks formed the first ever International Peace Park  to better preserve and protect the shared ecosystem. 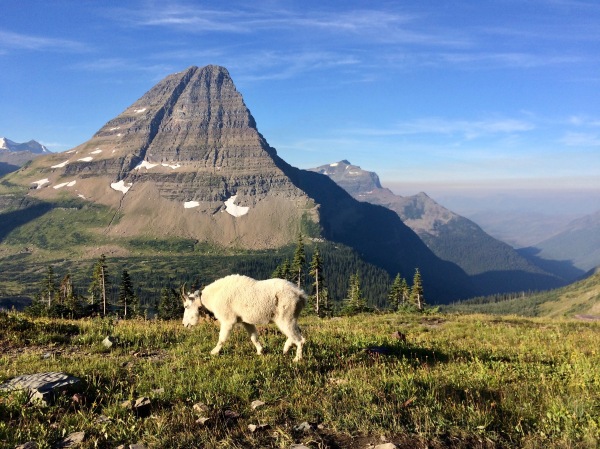 Glacier National Park is located in northwestern Montana along the US-Canada border just south of Waterton Lakes National Park. Together these two parks formed the first ever International Peace Park to better preserve and protect the shared ecosystem along the Continental Divide. Spanning across a million acres, Glacier National Park is home to 25 active glaciers (although scientists estimate they will all disappear by 2030), 71 species of mammals (including the grizzly bear!), and 151 trails (totaling 1,200km). The Going-to-the-Sun Road, the park’s only road that cuts through the park, offers exhilarating views as you’re winding around, through, and over the mountainous terrain. 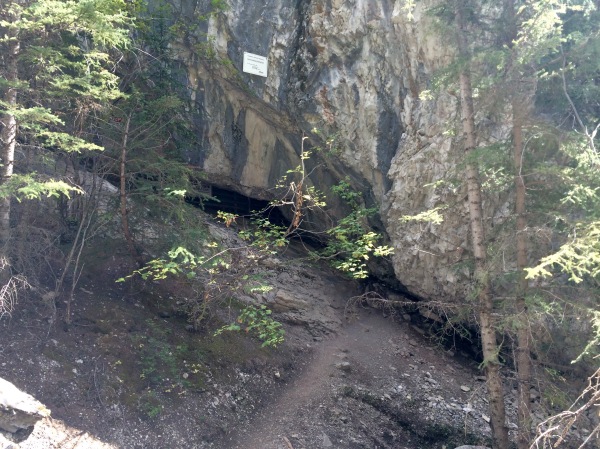 We spent our one day in Canmore going on an Adventure Cave Tour with Canmore Cave Tours. The tour is 6 hours in duration and  includes an 18m rappel, shimmying and slithering through tight spaces, and scrambling up, down, and around large boulders. 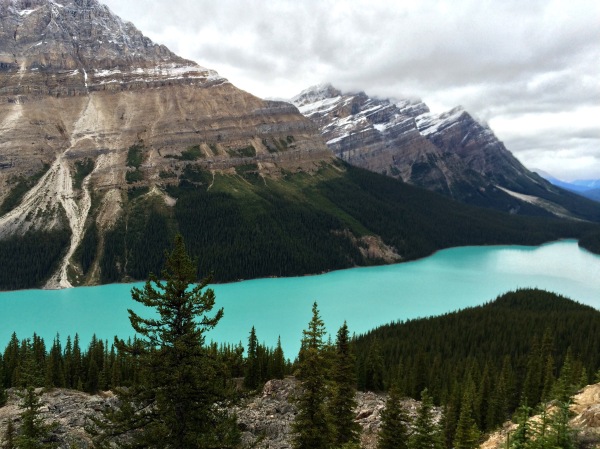 With sweeping vistas of the Rocky Mountains in its backyard and commanding views of turquoise lakes fed by nearby glaciers, Alberta is what the Canadian great outdoors is all about. With a plethora of national parks scattered around the southwestern part of the province  there are endless hiking opportunities and great chances of glimpsing wildlife in their natural habitat. 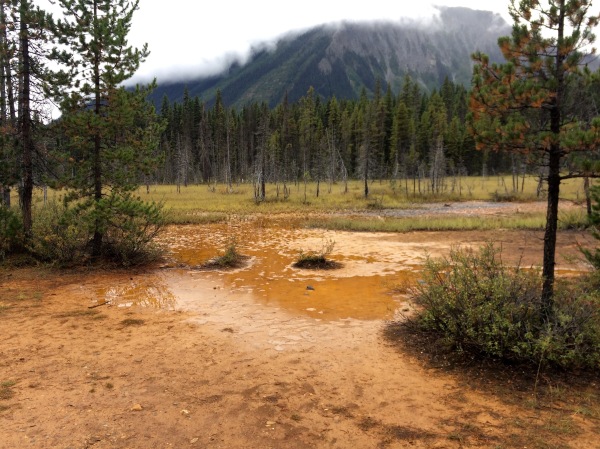 We flew into Calgary at the end of August to embark on a 12 day roadtrip across six national parks. Two of which are located in eastern British Columbia: Yoho and Kootenay, which are nestled right beside Banff and Jasper. Together these four national parks, along with three nearby provincial parks in British Columbia, form the Canadian Rocky Mountain Parks World Heritage Site. 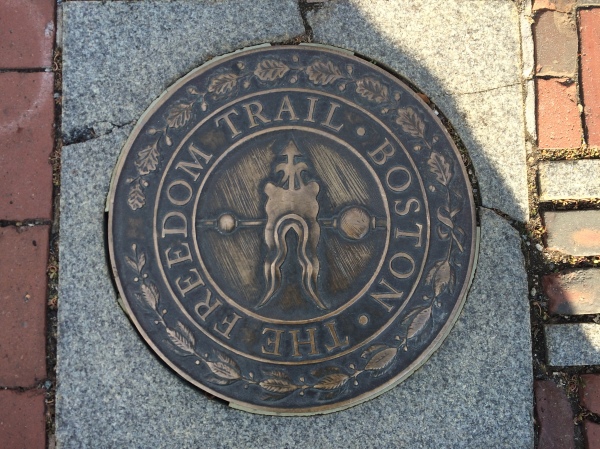 Boston is considered to be the birthplace of the American Revolution. Ties between the thirteen American colonies and Great Britain started to unravel in 1765. And Boston was at the forefront of years of protests and acts of rebellion to gain independence. Today visitors can tour many of the historic monuments and sites in downtown Boston and relieve an important piece of American history. 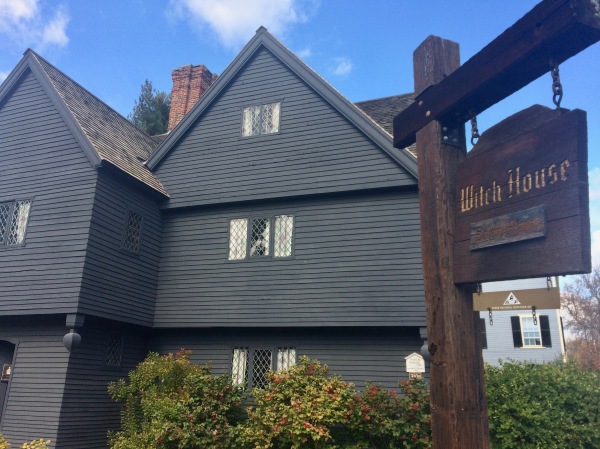 Hocus Pocus is one of my all-time favourite movies. Ever. Set in the historic town of Salem, the movie follows a group of kids who inadvertently awake the Sanderson Sisters – a trio of  witches who wreaked havoc hundreds of years ago by sucking the souls out of little children. The kids, along with the help of a talking cat and a friendly zombie named Billy, must defeat the witches by sunrise to prevent the sisters’ powers from fully being restored. We were pretty pumped to visit Salem (in October) to learn more about one of the largest cases of mass hysteria in the United States that triggered the infamous Salem witch trials in the late 1600s. And we were equally excited to go on a scavenger hunt for some of the locations used in filming Hocus Pocus. 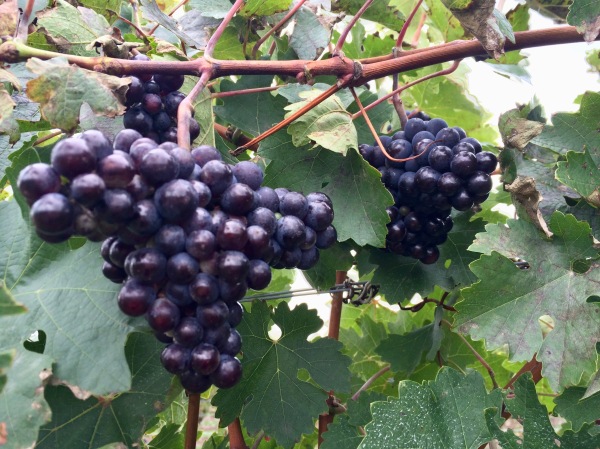 Niagara is referred to the honeymoon capital of the world. It is perhaps best known for it’s waterfall that shares the same name as its city – Niagara Falls. Although technically Niagara Falls refers to three waterfalls: Bridal Veil Falls, American Falls, and (the most famous of the three) Horseshoe Falls. Collectively they form one of the largest waterfall networks on the planet. But Niagara is also known for being one of the largest grape growing regions across Canada. 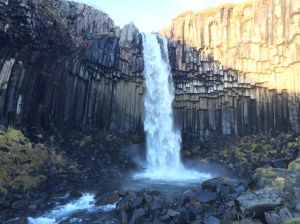 We had such an amazing experience in Iceland back in June 2015 when we came for 20 days. So much so that I couldn’t pass at the opportunity to stopover in Iceland on the way to the Netherlands with two of my friends. This time there was no midnight sun. And we were only here for four days. But we did manage to cover a lot of ground. We drove all the way up the southern coast to the Jökulsárlón glacier lagoon and back again. And we managed to catch a glimpse of the rare Northern Lights. All in all, the stopover in Iceland (in low season) was worth it. 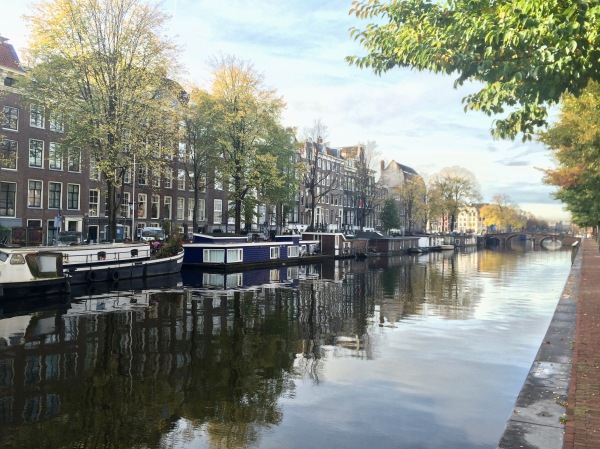 Known for its windmills, wooden shoes, tulips, stroopwafels, the colour orange, bicycles, canals, dikes, and its beautiful tall people, Holland is one of the greatest countries in the world. Disclaimer: I’m Dutch. But seriously, the Netherlands (and its people) are pretty awesome. With one third of the country below sea level, the Dutch have found an incredibly unique (some might even call it genius) way to coexist with water through its elaborate canal system and its complex flood control system. Nobody does it better. If you ain’t Dutch, you ain’t much. 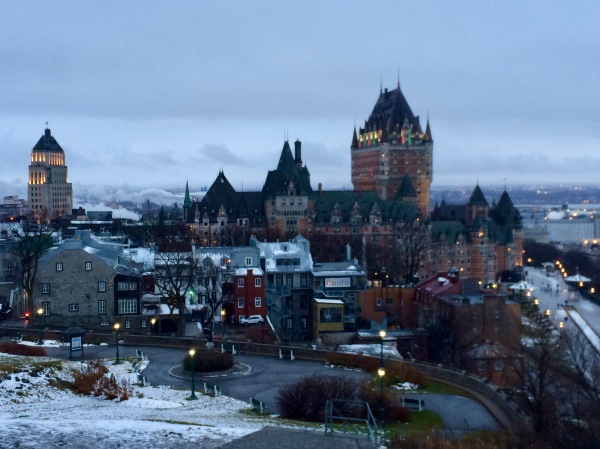 With its European style feel and traditional style poutine we were excited to brush up on our français and travel to the largest French speaking province in all of Canada. We visited for four days at the end of November. Sure, the temperature was a little on the chilly side. But the light layer of snow coupled with all the holiday decorations and lights transformed Montreal and Quebec into a magical winter wonderland. 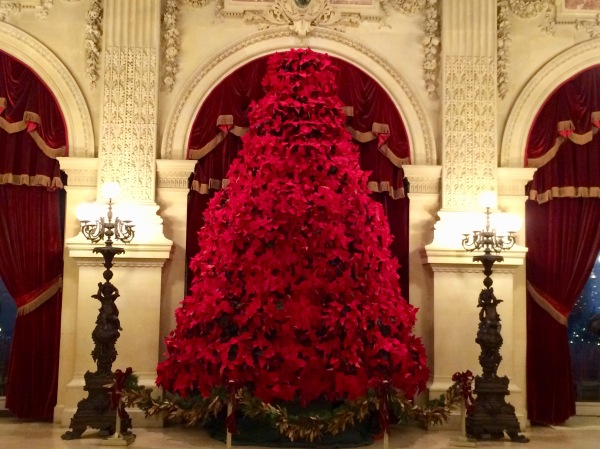 From mid November to the end of December, three of the eleven Newport “museum” mansions that are typically open to the public are filled with these ridiculously beautiful holiday decorations – including a Christmas tree made entirely of poinsettias. So in anticipation of the holidays we drove down to Rhode Island from Boston (in the middle of a blizzard) to get our Christmas on at the Newport mansions.